Last weekend, my parents had a going away party for Adam, Madi, and me.  Meredith and I had decided to visit the Chicago Botanic Gardens on our way up.  When we got off the highway, the traffic was backed up all the way down the exit ramp and also down Green Bay Road, which was not a good sign.  I default to quoting Bohbie on many occasions, but particularly when describing traffic, which was in this instance, “crawling, bumper-to-bumper, not moving an inch.”  In a rash but ultimately brilliant move, we ditched the car in the mall parking lot across the highway and walked past the long line of cars.  Then we found the pedestrian entrance and waltzed right in with no entrance fee.  And that, my friends, is how you beat the system. 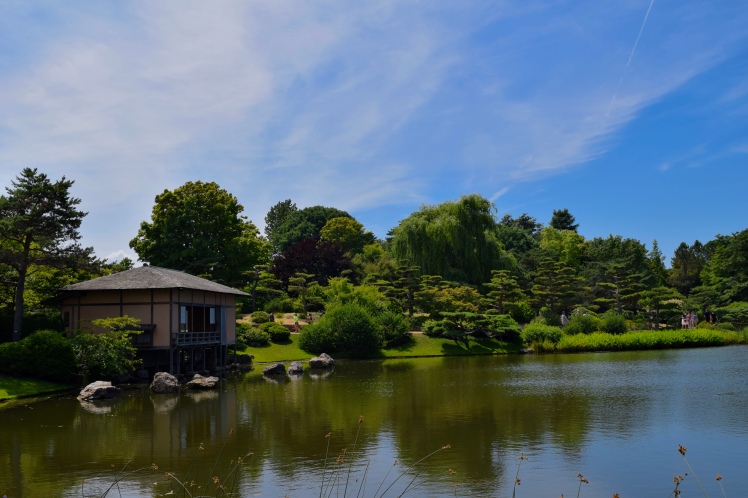 One more traffic report: earlier on our way, we saw some cars by the side of the road and everybody hit the brakes to check it out.  While I would describe the scenario as a “gapers’ delay,” Meredith, being from Boston, would call it “rubbernecking” (although the term describes the act of slowing down and gawking but not the resulting traffic jam).  Did I get that right? 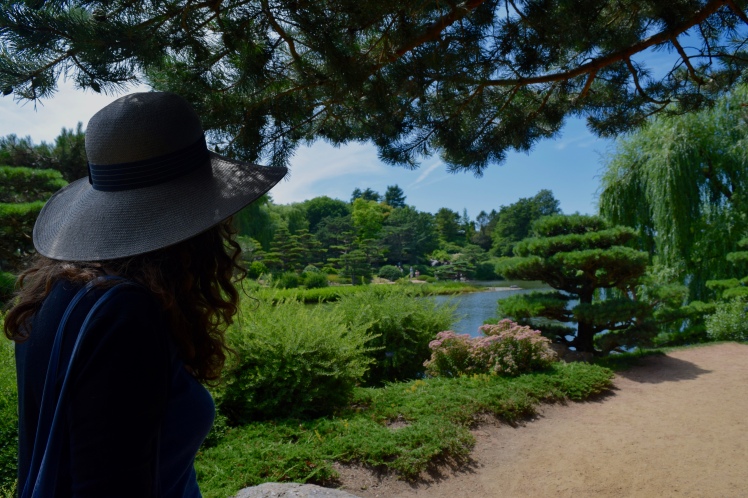 This could definitely be a Monet painting. 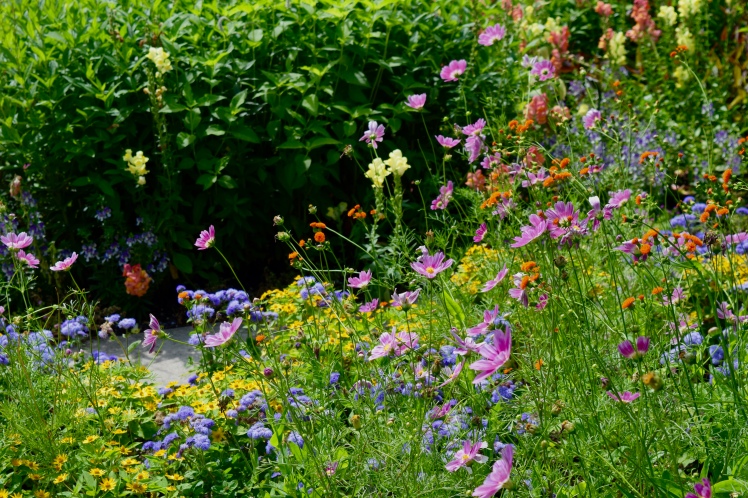 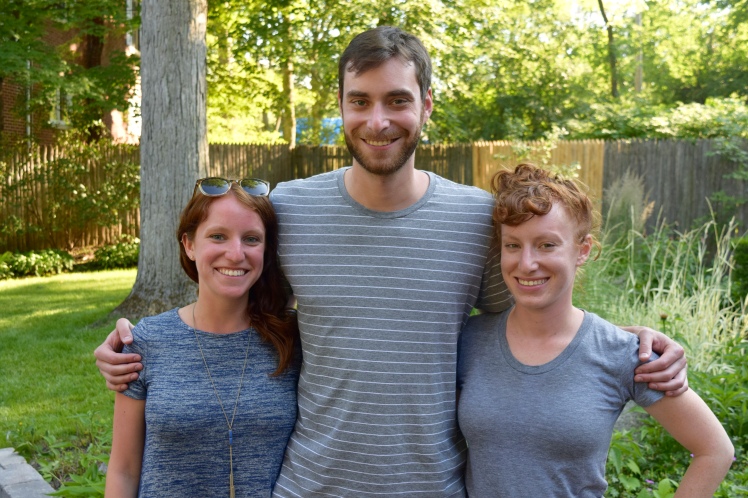 Next stop: goodbye party.  In our family, it takes a long time to say goodbye.  You hug and kiss as if you’re saying goodbye, but then you start a whole new conversation, and you can’t leave until you’ve made plans to see each other again.  The process even has a name: the Greenberg goodbye.  I believe the term was coined by my dad, who is not a Greenberg, and is perhaps the only person who uses it.

Time for more Bohbie wisdom:  “Go ahead, laugh.  See if I care,” and also “Guys, if you start getting silly, you’ll end up crying.”  It probably sounds better in Yiddish.

This was in response to the command “Hug each other!” 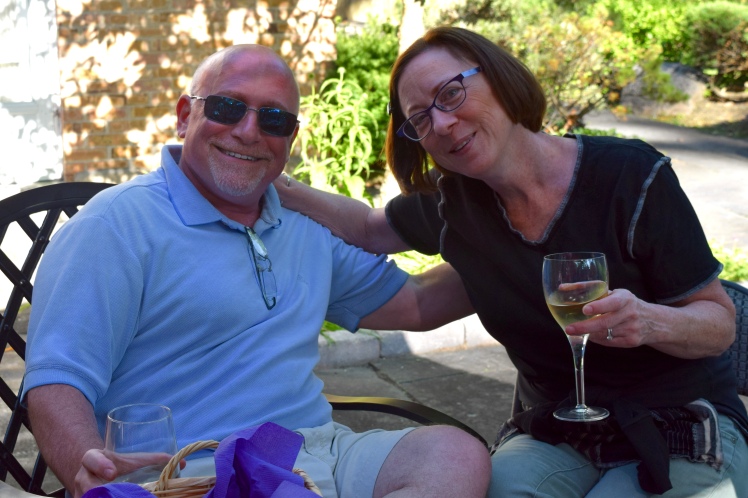 How many pairs of glasses can you find in this picture?*  (See the answer at the end of this post.) 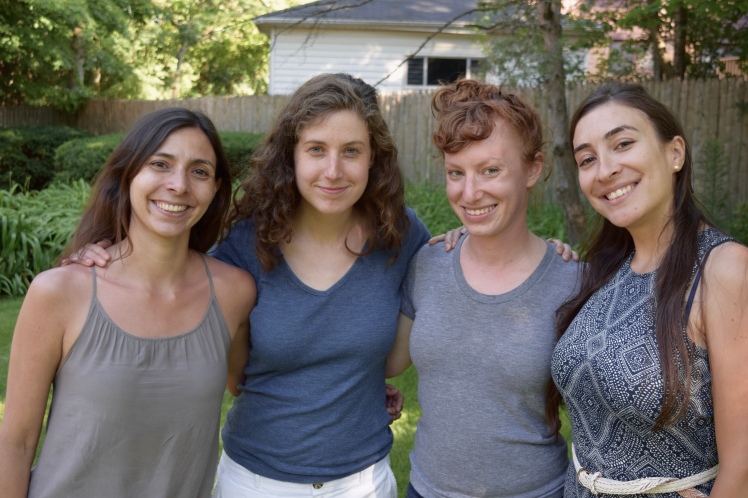 My dear friends.  The only thing longer than the Greenberg goodbye is the Colombian goodbye. I think we were hugging for half an hour, even though it wasn’t really goodbye, as I’m going to see Natalia in August and Claudia in September.

I will miss you until then!

The short Greenberg goodbye (Joe’s version):  “Alright kids, I gotta take off.”  From now on, consider me your Southeast Asia correspondent.  See you in Bangkok!

*Answer:  Four (Mary’s, Joe’s sunglasses, Joe’s other glasses, and the pair of wine glasses).  Did I trick you?

2 thoughts on “The Long Goodbye”