We lucked out with gorgeous weather for our bike trip up the lakefront path to Devon Avenue, also known as Little India, on the far north side in West Rogers Park.  The owners at Resham’s Divine Ambiance are very warm and welcoming.  After taking our picture, the husband joked that we owed him four dollars for four shots, as a random person might try to charge you ten rupees for taking your picture at a tourist site in India. 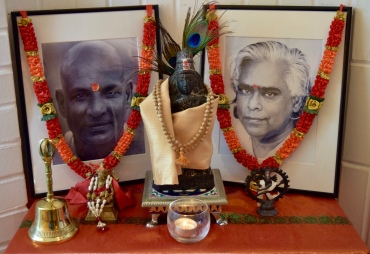 Sticking with the Indian theme, we began our day at Sivananda Yoga Vedanta Center on Bryn Mawr in Edgewater, where Claudia and I took a yoga class.  While most of the studios in the United States focus mainly on the physical postures or asana, this is only one of the eight limbs of yoga, the art and science of using awareness to create union between mind, body, and the universal.  Before and during asana, we practiced pranayama (breathing exercises and control of prana, or life energy), pratyahara (control of the senses), and dharana (concentration and cultivating inner awareness).  Claudia learned about Sivananda yoga from her brother, who lived at an ashram for several years. 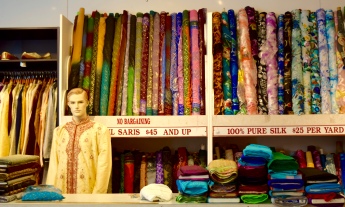 After yoga, Pachita rode with us up to Devon.  There are many traditional Indian markets and sari shops like this one, as well as Pakistani and Afghani stores. 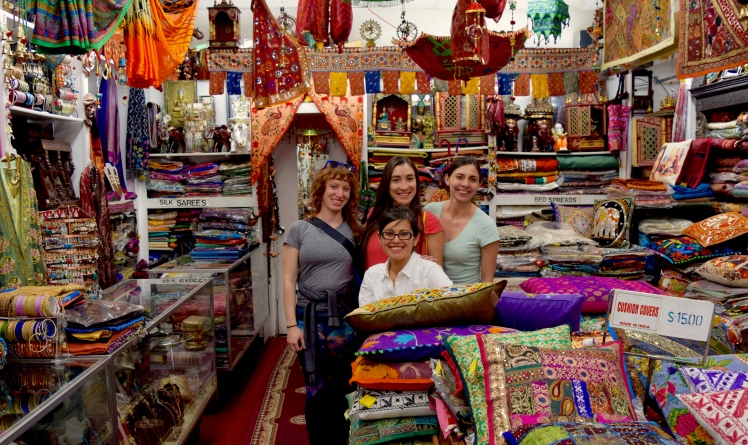 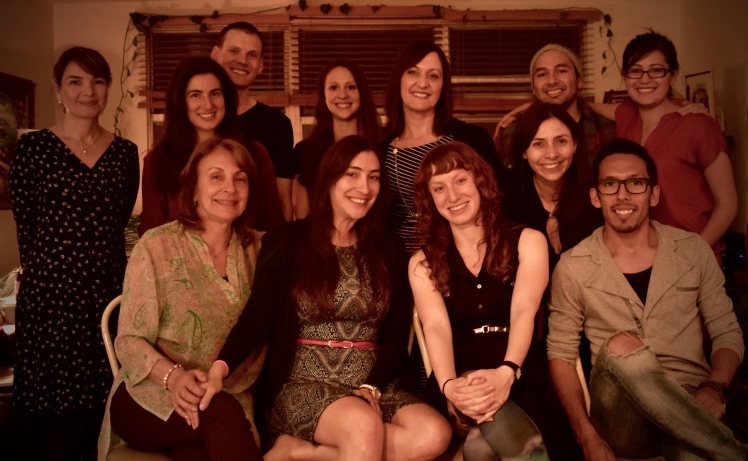 We biked back to Natalia’s apartment in Lakeview for a birthday gathering that night with more friends.  ¡Feliz cumpleaños, Naty!