The blog has been on hiatus during the first leg of my travels, but it’s back!  Expect a zillion updates in the next few days.  My dear friend Natalia and I embarked on a three-week journey through Southeast Asia.  After spending a few days on her own in Bangkok, she met me in Chiang Mai so I could take her around my new hometown.  Here is the market on my street.  Just to Natalia’s left is a small pool with fish swimming in it.  When a fish is purchased, the lady will grab one, kill it with the blunt side of a knife, and grill it on the spot. 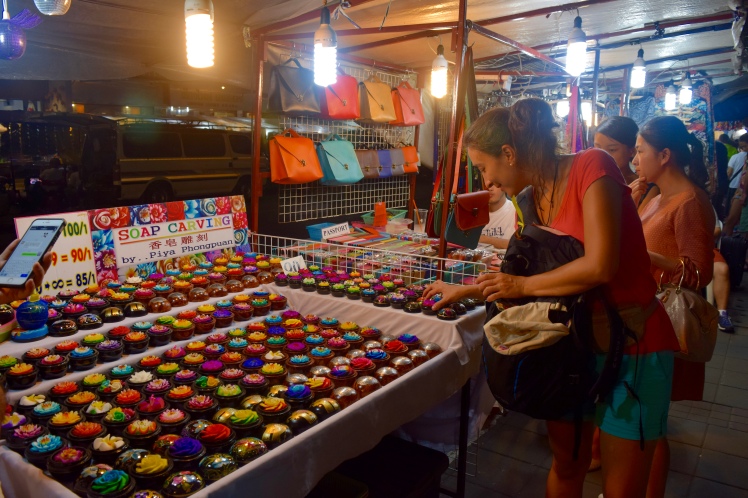 The Night Bazaar is one of the many markets we visited on our trip, but none rival this one in quality or size.  Clothing, jewelry, and tzatzkes galore!

Flight of the Gibbon is advertised in Chiang Mai ad nauseam, so naturally my distaste for commercialism made me skeptical.  That is, until I read a glowing review on Travelfish, my go-to Southeast Asia travel guide and the only one worth using, if you ask me.  Natalia and I agree this was one of our favorite activities of the entire trip.  When I first proposed the idea of zip lining, I thought she might not be into it, but she was immediately on board.  Even so, I continued to lay out the arguments I had prepared to convince her it would be awesome, including showing her a promotional video.  Some people just can’t take yes for an answer. 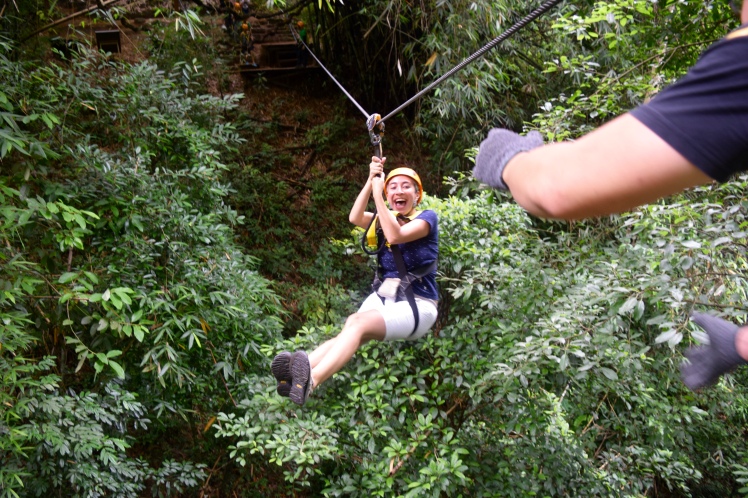 Of all the people in our group, even the two little French children ages six and seven, Natalia screamed the loudest and most frequently.  No contest.

The course is made up of sixteen different zip lines of various lengths and heights.  The view from the treetops is stunning.

I read somewhere that there was no way we would actually see gibbons, but we saw three! 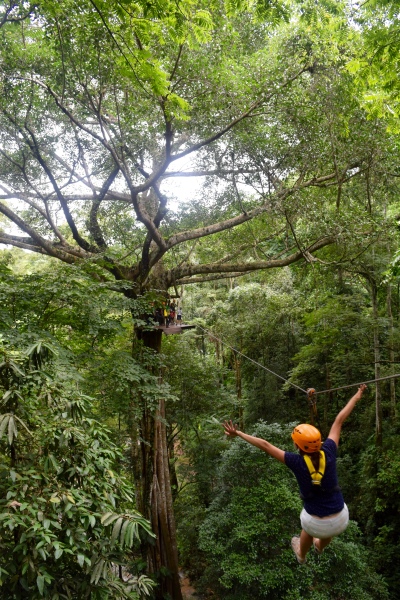 By the end, we were flying with confidence. 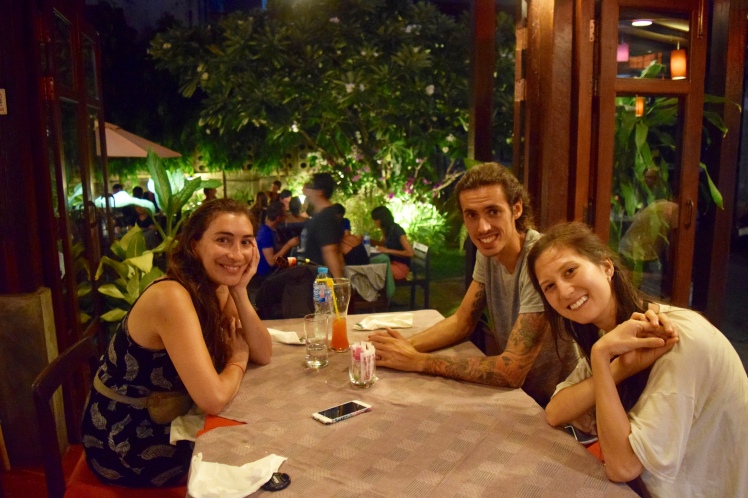 Much of our time in Chiang Mai was shared with Ashley and Kevin.  I had never met Ashley before coming to Chiang Mai, even though we both lived in Chicago, but our mutual friend Claudia put us in touch.  Ashley moved to Chiang Mai about six months ago to study qigong and traditional Chinese medicine.  The coolest thing about Ashley is that despite being an “old soul,” technically she is only six years old because she was born on February 29th (Leap Day), and her birthday comes only once every four years.  Kevin is originally from Bavaria, Germany, and has been traveling the world for the past two years.  He has since left Thailand when his visa expired to go I’m not sure where.  I don’t think he knew either.

One of our goals was to hike up Doi Suthep, the mountain just outside of Chiang Mai.  They call this the Monks’ Trail.  Trees ordained with strips of orange monks’ robes mark the path.

About halfway up the mountain, the jungle suddenly opens into a clearing, revealing a beautiful little temple.

We meditated under the shelter of this peaceful sanctuary and listened to the rain.

We didn’t attempt the second half of the hike.  Maybe next time.  A songthaew drove us to the base of the larger temple at the top of the mountain. 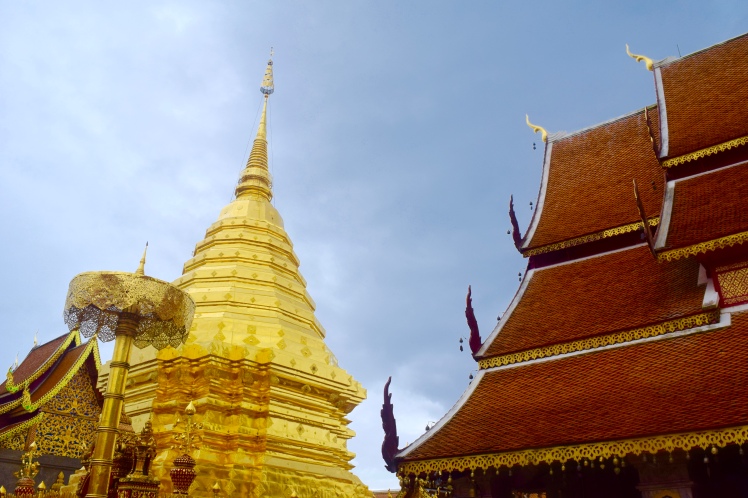 Its classical Thai architecture is similar to the Grand Palace in Bangkok. 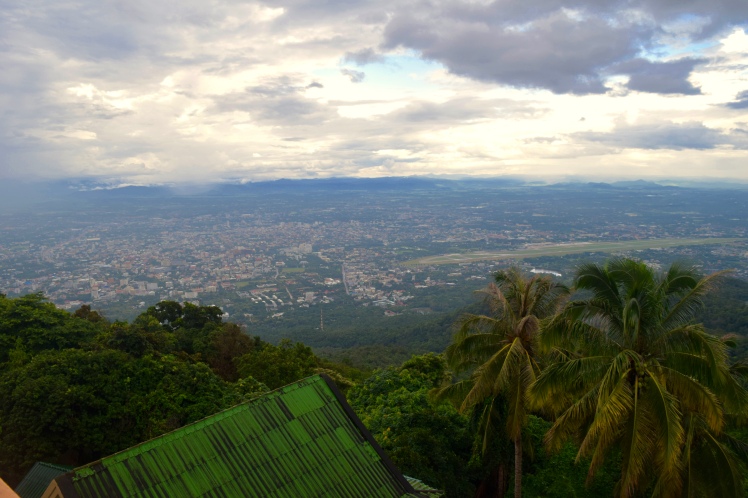 The view of the city below

Bet you didn’t know there is more than one Grand Canyon in the world.  This former quarry has been converted into a body of water which I’m tempted to call a swimming hole.  Jumping off the edge of the cliff is allowed.  Ashley and Natalia both did it, but as I am a poor swimmer, I didn’t even think about it.  Kevin was the designated photographer.  He recently had surgery to remove an abscess on his leg due to an infected cut.  Ew.

5 thoughts on “The Journey Begins”