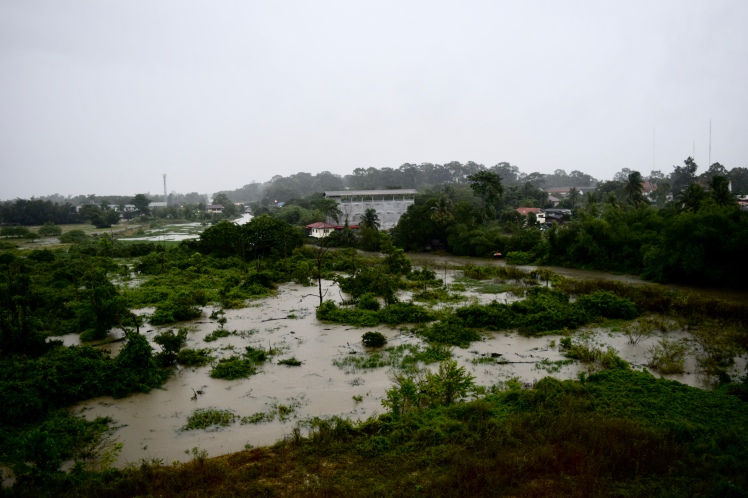 It’s been a while since my last blog post.  I’ve been settling into a new pace of life, living and working in Nakhon Si Thammarat, not traveling as much.  It’s been a time of deep reflection and inner listening.  Although I’ve been practicing yoga for almost ten years and meditation for about two and a half, and both have changed the course of my life in intense ways, I’ve struggled to integrate these practices into consistent routines, until now.  This post is part travelogue, part weather report, and part contemplation.  I took this photo on a Saturday morning just before leaving for a long weekend on the island of Ko Kradan.  Monsoon rains had been pouring down on Nakhon almost nonstop for three days, turning my backyard into a swamp.  As I drove my motorbike along the little road beside the river to go into town, the water was lapping at my feet, and my pants were soaked from the knees down where my raincoat didn’t protect me.  By the time I got to school to meet the group of my coworkers with whom I’d be spending the weekend, I was equally as excited to be traveling again as I was just to get out of miserable Nakhon. 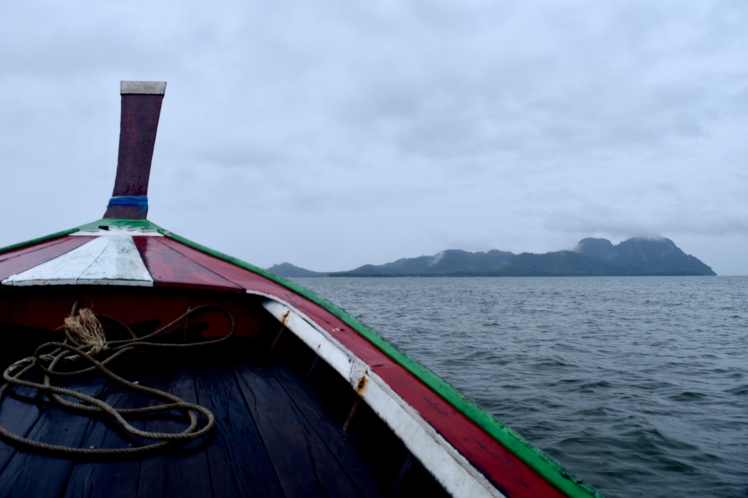 Eager to escape to a drier climate, our caravan of two minibuses and a few cars drove through the rain and puddles, some of which were more like small ponds.  While Nakhon Si Thammarat is on the east coast of the peninsula, the Gulf of Thailand side—Ko Kradan is off the west coast in the Andaman Sea with a different weather system and monsoon season.  Normally during this time of the year, high season for tourism, the regions along the Andaman enjoy sunny skies.  But because the storm in Nakhon was so huge, even the other side of the peninsula over two hours away was experiencing the effects.  A forty-minute long tail boat ride through the drizzle, and we made landfall on the soggy island. 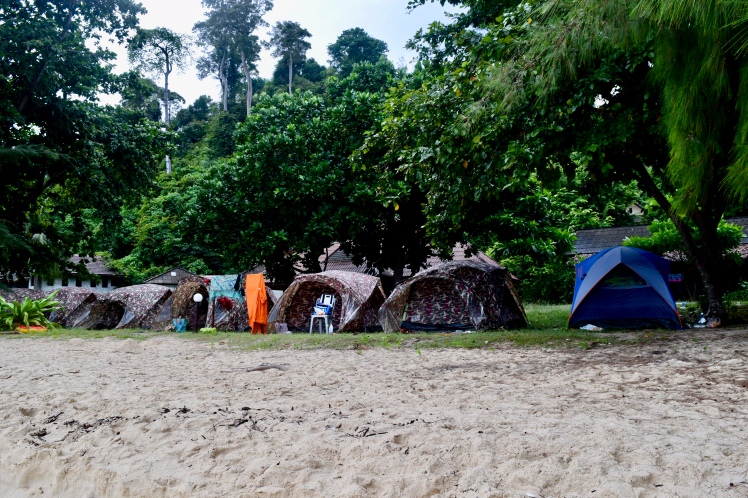 We stayed at a campsite managed by the National Park Service, who provided tents, sleeping bags, and mats, as well as all our meals: “American” breakfast of fried eggs, ham, “sausage” (hot dogs), pancakes, and toast, and a Thai buffet for dinner.  A few people pitched their own tents or rented shared bungalows.  No matter which accommodations you chose, we all had to use the same bathrooms.  Perhaps I’ve become high maintenance since my Outward Bound trekking days as a teenager, when I went for weeks without seeing a toilet, but I found not having access to a sink unbearable.  As for the shower situation, I can’t speak on that because I didn’t even dare.  I followed the sign pointing me behind the bathrooms through the mud and who knows what else, took one look, and quickly decided I’d rather smell like a goat. 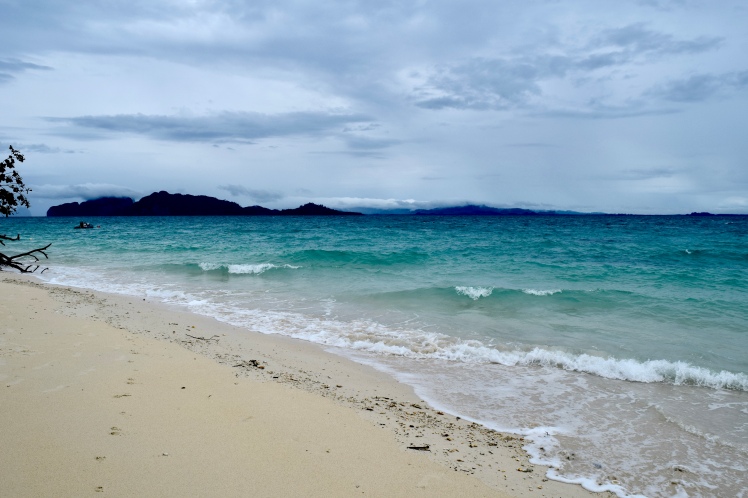 The beach, however, left me with very little to complain about, even if the weather was less than ideal. 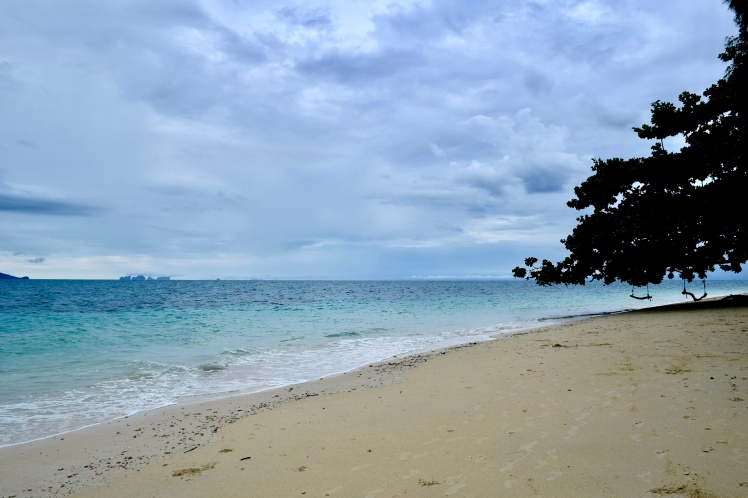 Often, I went off by myself to walk along the shore, meditate, or do some light beach reading (nobody does uplifting and inspiring quite like George Orwell in 1984).  Lately, I’ve been directing a lot of my energy into self-acceptance.  You cannot run away from yourself when you’re living on your own in a new place.  The choice I’ve made is to embrace a deep solitude, to fully open into myself.  As a result, the qualities of my personality I’ve spent most of my life viewing as shameful flaws—shyness, social anxiety, introversion that can verge on isolation—I am slowly transforming into strengths. 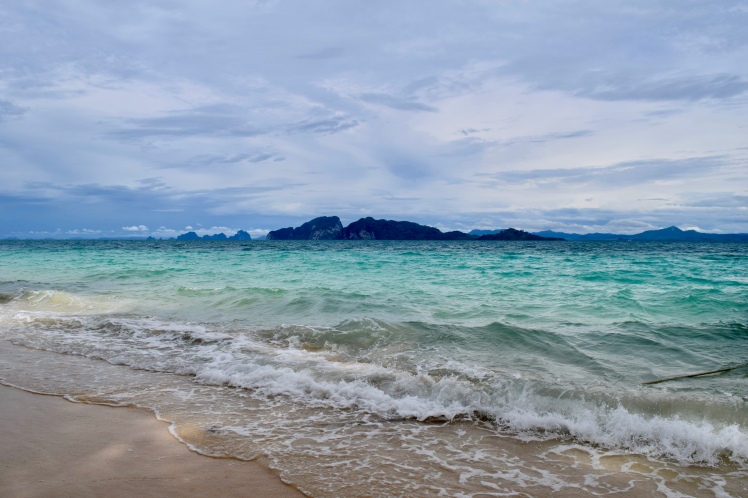 Every day after school, I come home and practice yoga and meditation for an hour and a half or more.  Before I moved to Nakhon, my meditation routine was erratic.  Sometimes I’d get a streak going, but it wasn’t always for the right reasons.  An app on my phone recorded the number of consecutive days I’d gone with at least one meditation session, and some days I found myself rushing through a sit just so I could keep my stats up.  During my last few months in Chicago before moving to Thailand, I became a member at Sat Nam, a beautiful kundalini yoga studio in the West Loop that also offers vinyasa and other styles of yoga, and I was attending classes more frequently than ever before.  But when it came to practicing at home, I couldn’t find the motivation.  Now, instead of struggling to find an external reason to keep going, yoga and meditation are the reasons I keep going.  They uncover the intrinsic joy in feeling alive.  The key was doing the right practice, which for me is kundalini.  Kundalini yoga looks very different from “regular” forms of yoga like hatha and vinyasa.  It uses kriyas, or series of dynamic movements combined with breathing exercises, to activate energy in the body.  Despite trying a variety of kundalini classes over the past couple of years and even having a kundalini yoga teacher as a therapist, I met with a mental resistance to the practice that I couldn’t break through. 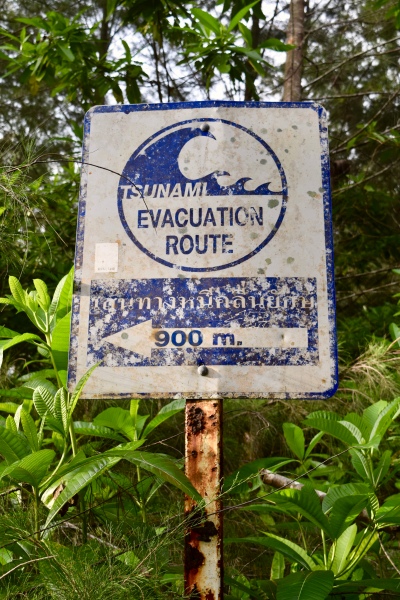 I got so caught up in philosophical differences between kundalini yoga, which is derived from Hinduism and Sikhism, and Buddhist meditation that I felt I had to choose between yoga and meditation, that I couldn’t do both.  I chose meditation because the Buddha’s teachings make sense to me.  Practicing meditation doesn’t require a system of beliefs.  In fact, it requires you to question your beliefs and open to uncertainty.  A lot of the language in kundalini—souls, God, a permanent essence—don’t make sense to me and go against the basics of Buddhism—the dharma or law of nature, that everything is impermanent being one of the areas of most glaring contradiction.  But I needed a physical practice that seated meditation alone wouldn’t give me.  More than that, I needed an energetic practice, one that would help me shift the forces of depression and anxiety I’ve been fighting since my teen years.  I was caught in a whirlpool of thinking, analyzing, and doubting, and it was driving me crazy.  What to do? 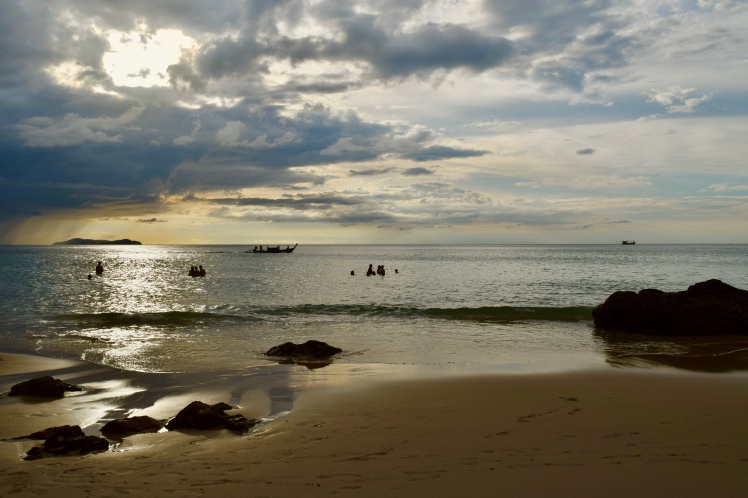 Let go.  Maybe I don’t need to figure all this out in my head.  Maybe there isn’t one comprehensive theory that explains everything in the universe.  Maybe instead of either/or, it’s both/and.  Maybe I have my whole life to try to understand.  Maybe it doesn’t matter what I think because I’m a speck of dust in this vast, infinite cosmos.  Even if I find the answer I’m searching for, then what?  Maybe a more practical, “what works” model, free from the limits of concepts, is in order.  For me, kundalini works, regardless of whether I believe or don’t believe every detail of its philosophy.  You don’t have to believe in a medicine for it to heal you.  To go with the flow, to open—isn’t that what meditation and yoga are all about?  Awareness is what this all boils down to, being present in the here and now, elevating consciousness.  We can be aware whether we are in seated meditation, in downward dog, waving our arms around in some weird kundalini kriya, or walking down a busy street.  We can open into the stream of consciousness, because we’re already here.  “No man ever steps in the same river twice, for it’s not the same river and he’s not the same man.”  ― Heraclitus

This trip to Ko Kradan became a reckoning of all of these ideas I’ve been floating in.  I was apprehensive about spending three days with a large group of people I didn’t really know.  It’s not even that I don’t like making small talk.  It’s that I can’t even really do it if I try.  Besides being shy and an introvert, I’m a Highly Sensitive Person.  I become overwhelmed in settings that are too loud, too stimulating, too draining.  I’ve always judged myself for having needs that are so different from other people’s.  Why can’t I just have fun like everyone else?  In moments like these, I remind myself of meditation teacher and psychologist Tara Brach’s book Radical Acceptance.  I pause.  I try to accept the reality of who I am and what I need, to be aware and present, to show up for myself.  Instead of fighting against nature and trying to be someone I’m not, I open into consciousness and go in deep.  If that means that for two nights in a row, I zip myself up in my tent right after dinner, lie on my back on top of my sleeping bag, and breathe, then that’s what I do.  I can’t feel sorry that I’m missing out on the party, because inside, I’m bursting with a joy that only I know. 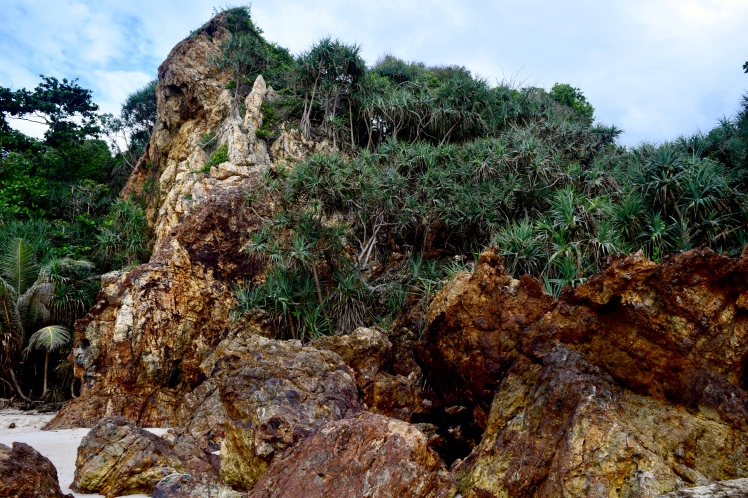 With a school holiday on Monday, we were still camped out on the island.  Coworkers back in Nakhon had reported that the heavy rains had continued throughout the weekend, and the flooding was widespread.  Rumors were circulating that school might be canceled, and when word came that indeed we would not be going to work on Tuesday or Wednesday, many people elected to stay longer on Ko Kradan or go to nearby Ko Mook. 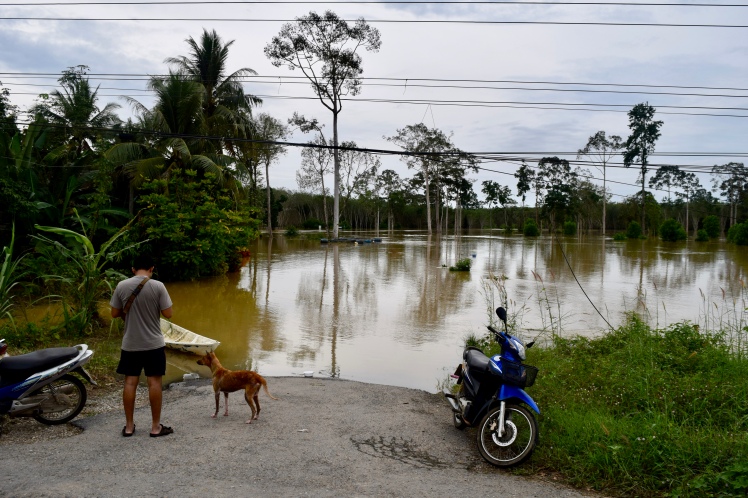 I was not one of them.  I could not wait to go back to my apartment and shut the door on the world.  Only two others joined me, and the van ride back was delightfully quiet.  When there is too much in your awareness, and the river overflows its banks, you flood out.  With time, the waters recede, and the flow returns to equanimity. 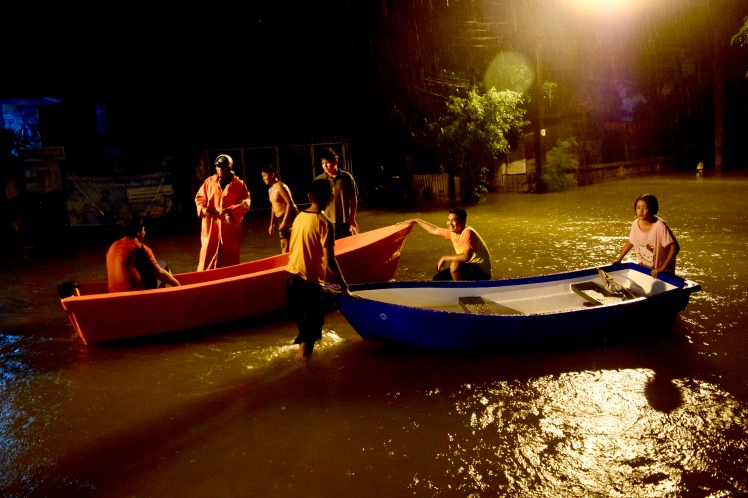 I can now officially say that I’ve had to take a boat to get to my house.  I was warned that my route home might be impassable, and my worse case scenario mind envisioned all kinds of disasters: getting lost on unfamiliar streets in the dark, my motorbike stalling out, knocking on strangers’ doors to ask for help.  I even pondered whether it was possible for a motorbike to float away.  (Still not sure about that one.)  Things were actually going well until the final stretch, where I had to ditch the bike by the side of the road and hire the two kids with the blue boat to wade me through the waist-high water.  They did not seem to mind getting wet themselves.  But first, I had to pose for some obligatory selfies with the adults.  In a previous post, I promised to take my own photos to document this phenomenon, but I was too flustered and concerned about the water ruining my camera.  I smiled and played along, although I felt more like the butt of their joke than the object of their curiosity. 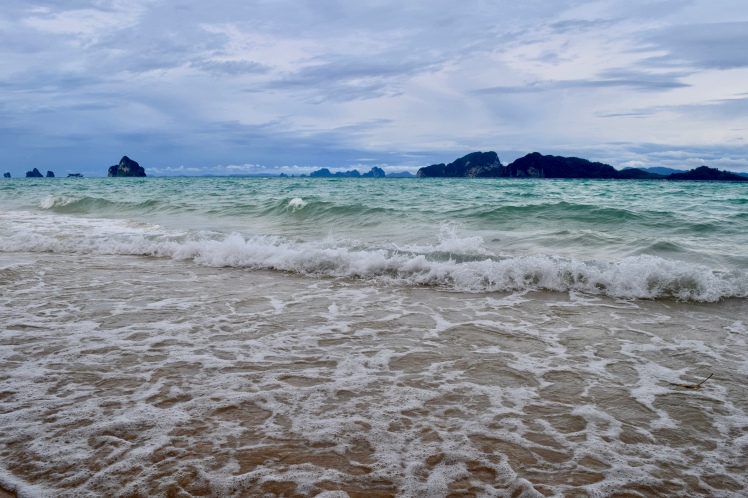 I spent the next two days at home recuperating.  The flood waters crept up the street towards my building from both ends, completely cutting us off from town.  In a way, it was comforting, like being stuck inside during a blizzard when everything is closed.  Nowhere to go, nothing to do, no one to be, just the here and now.  My motorbike did not float away and stayed parked right where I left it.  Monsoon season is almost over, and the sun even comes out for a few hours most days.  Rain or shine, I’ll have my yoga and meditation practices to open me into the stream of consciousness.

One thought on “Stream of Consciousness: Ko Kradan, the Flood, and the Meditative Flow”