I made a brief stop in Boston before catching the commuter train to Providence, Rhode Island.  Here is the view from outside of South Station.  I felt like a child trying to cross through the rotary and not get hit by a car.

I got to admire the Capitol building while waiting for my friend Brady to pick me up from the train station in Providence.

The next day, we went to Beavertail State Park on the Rhode Island coast.  It is easy to see why Rhode Island is considered a hidden gem of New England.  Perhaps they are secretly trying to keep tourists at bay with their terrible new marketing slogan “Cooler & Warmer.”  Try meditating on that one for a while.

Brady knows he’ll always get an easy laugh out of me with a poop joke.  We are still just as immature as when we first became friends ten years ago at Knox College. 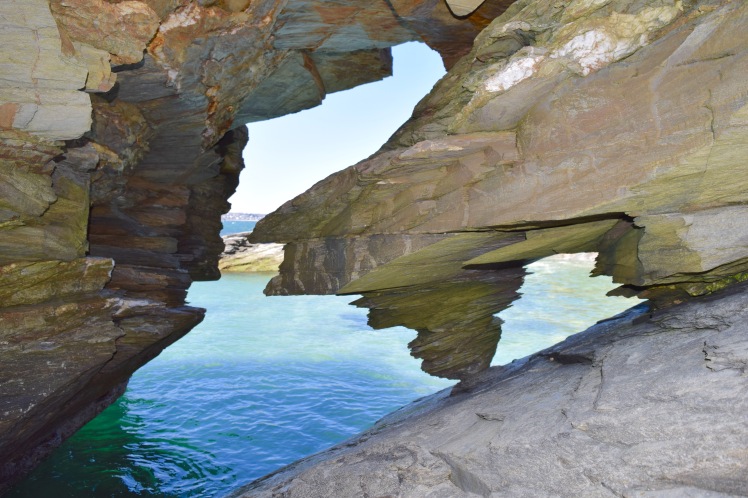 Brady found this serene spot for us to meditate.  Here is a how-to guide:

Next, we headed to nearby Fort Wetherill State Park, an abandoned army base.  We pretended to be cool.

Don’t be fooled; we are huge dorks. 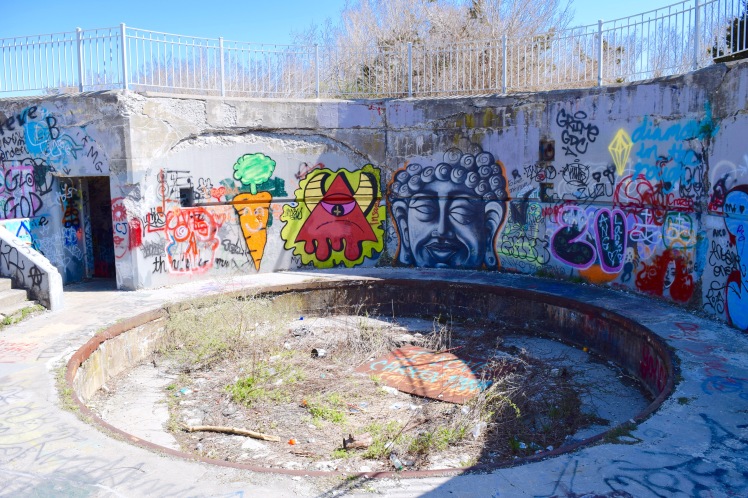 The following day, Brady dropped me off at Insight Meditation Society in Barre (BEH-ree), Massachusetts, near Worcester (WOO-stuh).  I stayed there for five days on a retreat with teachers Rebecca Bradshaw, Greg Scharf, and Jessica Morey.  It is a beautiful center, one of the first of its kind in the West, where many renowned dharma teachers have taught.  IMS is celebrating its 40th anniversary this year.

Feeling inspired after my retreat at Insight Meditation Society this week, where many wise and compassionate people have meditated before me. The Dalai Lama is said have practiced the ancient Tibetan art of bowling here. You know, the kind where you knock pins down with a heavy ball. No really, there’s a bowling alley in the basement.

Many in the community were sad to hear that the great Burmese teacher Sayadaw U Pandita had died. In his honor, Sharon Salzberg and Joseph Goldstein donated our meals yesterday. In the meditation world, this is kind of like famous rock stars buying you lunch. They are two of the founding teachers of this center who, along with Jack Kornfield, helped bring mindfulness meditation to the West. How lucky we are to receive their many gifts.

From IMS, I caught a ride with some fellow meditators back to Boston.  (Side note: out of four people in the car, two were Jewish, and two were married to Jews.  Jews love Buddhism.)
I didn’t take any pictures during this part of the trip for some reason, but here’s one I borrowed from Natalia.  She was staying with our friend Tara in Cambridge.  Now we can say we went to Harvard!  Ha

That night, Natalia and I went to Wally’s Cafe, a famous jazz club near Berklee School of Music.  The jazz was good, but the funk band was wicked awesome!  They opened with a version of Stevie Wonder’s “Sir Duke” that must have been over 20 minutes long.